I WANT TO LIKE KIEL! Urban Lab on creative bureaucracy.

From 24 – 25 February, the first Urb Cultural Planning urban lab in 2020 took place in Kiel. Visited by around 60 people, it gathered both activists and key opinion leaders in urbanism and cultural planning as well as decision makers at municipal level. After all, the theme for the lab was very appealing to the latter – creative bureaucracy!

Taking place in premises at the wonderful and historical Anscharpark, the lab was opened by Andrea Cederquist (organizer representative of the urban lab from Heinrich-Böll-Stiftung, Kiel), Olaf Gerlach-Hansen (Danish Cultural Institute, representing one of the lead organizers of the Urb Cultural Planning project), and Ulf Kämpfer, the Lord Mayor of Kiel. Both emphasized the importance of citizen involvement, whereas Mr. Kämpfer pointed out it is important to stress the individual qualities cities must strengthen their structure.

One of the two facilitators during the lab was Charles Landry. The author, speaker, and international adviser on the future of cities and the establisher of Creative City concept initiating a movement to rethink the planning, development and management of cities, launched the day with his presentation that was proceeded by a day-long workgroup activity. 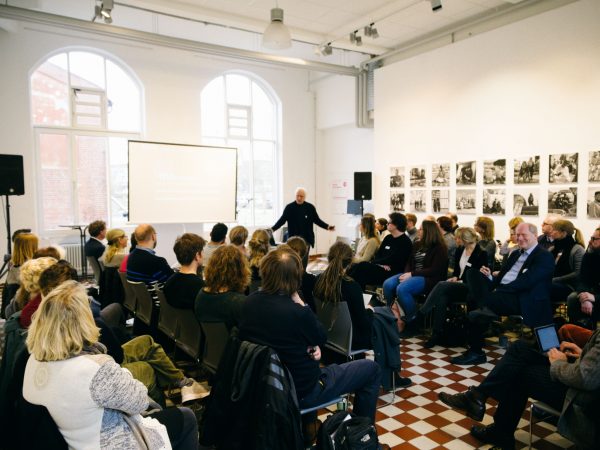 He began by pointing out that the term “creative bureaucracy” itself is very oxymoron as the two words are seemingly in tension. One of his most important remarks was to adopt „yes if“ culture instead of „no because“ culture especially in the public administration. Charles addressed that about a dozen locations in Europe do well at this as well as vacuum in talent, resources, and potential, yet asked a rhetorical question – how do we deal with the rest of 750 of the so called „secondary cities“?

Charles also encouraged shifting from the traditional model to „elastic planning“- not knowing how to achieve something in particular, but moving tactically and flexible towards problems.

He emphasized the need to create zones of encounter and empathy by occasionally doing unconventional things. (e.g. parking spots turned into temporary parks). And the need to be careful, too, because bloating clusters lead to spreading cities to paradoxically increasing loneliness as a result. Also, not everything new and innovative is better, including the immersive effect of the digital world (e.g. there is a drive to implement self-driving cars, although it might not really solve any issues).

Unfortunately, he also expressed his regrets about bureaucracy in Germany that often requires one to be a lawyer to make any impact or changes; at most cases, such change-makers are not often close to creative industries that need the impact. Attracting the young to reshape the bureaucracy is what is needed in many places.

Charles was also the headmaster of the first day’s workshop, looking at Kiel by self-evaluating its creative city index. 6 groups were created to develop the index, discussing 4 stages, and giving a mark from 1-10 collectively after each stage. He asked to keep in mind that not the score but the conversation within the score is what matters. The stages included:

Although focusing on Kiel, participants represented a vast range of stakeholders, passers-by, towns, and professions. From young and old residents of Kiel and frequent visitors to international urbanists and guests, and local politicians – all were exchanging their long-term as well as short-term observations and comparison on order to fix the creative index. Interestingly when, during the process, it came to light that many participants, particularly German students, were not from Kiel. When answering why they tend to live elsewhere, many responded that there is no attachment to Kiel. 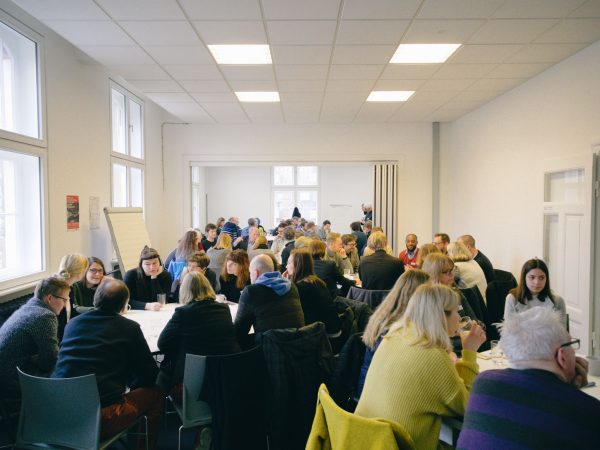 By the end of the day, most came to a conclusion that, despite the overall Kiel’s creative index being at average 5.05, there’s openness and potential in the city, yet there’s no real definition of how the creativity and the possibilities in Kiel are defined. One question remained – how is the potential used? Is Kiel still a sailing city, or is there time for new identity and content?

Many agreed that, despite the average index rate, Kiel cannot be judged yet because many processes are still ongoing. E.g. the “Kiel 2042” plan seems to be at good terms, but many are sceptical on how creative and flexible the bureaucracy in Kiel really is; the administration and institutions tend to be inaccessible, and things are moving slow. Maybe it is vital to create a culture where mistakes are allowed, to acknowledge that it’s okay to leave space for development and imagination in Kiel?

Yet there is a good communication about how the city wants to develop, citizens are open about their problems. “I want to live in Kiel!” many agree despite challenges. The city is getting younger, there are also various strong communities within Kiel, sadly there is a lack of trust between them.

The first day of the lab was wrapped up in a discussion “Towards a new governance model” moderated by Charles Landry with oppening by Renate Treutel, mayor of Kiel, and participation of Dr. Ulf Kämpfer, Tina Saaby, Rainer Kern, and Dr. Anna Golędzinowska, Chairwoman of the Sustainable Development Committee, Gdańsk City Council. 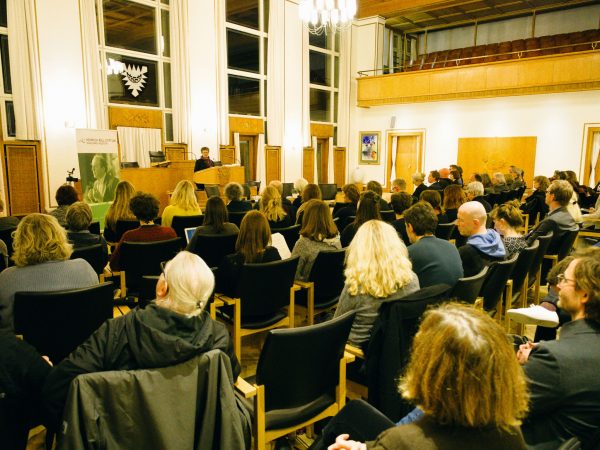 Charles revealed Dr. Ulf Kämpfer, Lord Mayor of Kiel, that the creative index score at 5.05 contradicts the 8.5 score Mr. Kämpfer predicted to be before the workshop began. He responded that “I’m an optimist-in-chief, I see that 5.05 is something we can work with,” claiming that he is not a mayor of a boring town, and it has resources in cultural spaces, nature and universities. Now Dr. Ulf Kämpfer’s prediction is to reach 6.5 next time.

Tina Saaby, City architect from 2010 – 2019 at Copenhagen, could reflect on her own experience when the capital of Denmark was also close to bankruptcy in the 1990s. She claimed there is not one answer how could Copenhagen manage to become a sustainable creative city. Yet there was an intensive focus to renew the city by 3 initiatives. One – free green gardens around the blocks, so people want to stay in the city and live there and pay tax. Two – creating a “yes if” office when the administration was obliged to agree on projects that lead to it being more open and motivating. Three – politicians started to say “we want a brand called Copenhagen”, and the city turned from a bureaucratic institution to becoming an inspiration to citizens.

Rainer Kern, Mayor’s Special Advisor for Global Affairs, Manheim, commented on how Mannheim shifte to appearing at all conventions about creative cities. He claimed that the city began approaching development by dealing with creative bureaucracy, then building the music strategy for the city. Finally, Mr. Kern suggested things must be done differently than they have been done before, some things you must get uncomfortable at when doing, must not be happy with the present situation.

“By introducing projects like the Participation Kit for Kiel, we want everyone to join in thinking about the future,” formulated Dr. Ulf Kämpfer, in the end. “We also want to listen to the young people’s voices, taking courageous acts, stepping out of bureaucracy, and trying something new. I hope that in 25 years we will look back at this, and all will be seen a as a key decision that was made for bringing back the life to Kiel.”

The second day was opened by Dirk Scheelje from Heinrich-Böll-Stiftung. He contemplated on the development of 9 partner places around the Baltic Sea Region through urban labs, SDGs, and innovation. Meanwhile Charles Landry carried out a recap of previous day’s results, inviting to use imagination to overthink the outcome of the creative index.

The keynote of the day was presented by Tina Saaby, architect, visiting professor and teacher at many universities, and the city architect of Copenhagen from 2010 – 2019. Her main point was reminding of what she said about 3 central initiatives at the plenary discussion as well as pointing out that every city must have a goal to become a livable and responsible city, a city with an edge and people being the priority. “It’s eye contact, human scale, quality of life, co-creation, invitation to come together, trust, innovation,” she comments. “Politicians and managers must give up some control to citizens to be able to take responsibility, they must inspire instead of tell what to do.” 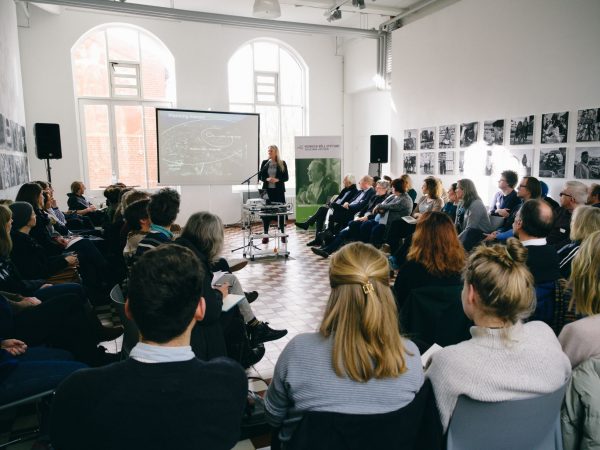 Tina was the headmaster of the second day’s workshop, looking at strategic goal setting and planning in Kiel. Again, 6 groups were create, discussing 5 angles to generate help for Kiel dealing with the city development. They included:

Each group was also motivated to apprehend horizontal objectives and look from each perspective from 5 cross-sectional goals:

Each group was required to look at one cross-section each, explaining them through prisms of personal or community goals, themes, indicators, actions, data, examples, etc. 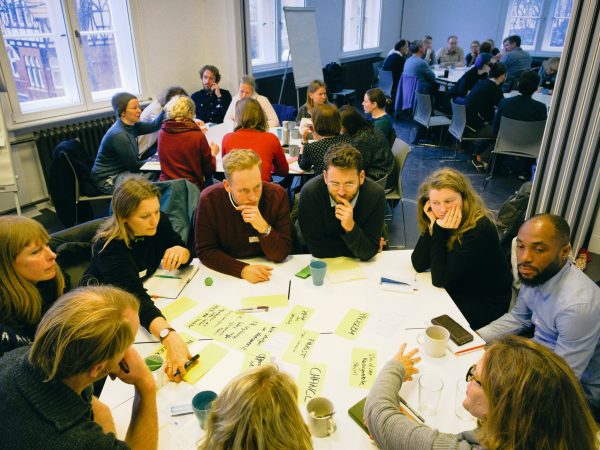 During the workshop, slight emphasis was also paid to the digitalisation process. It has been underrated by many yet, making a digital change requires changing yourself and your actions (digital literacy) and be careful in maintaining balance. Despite that, planning digitally does not necessarily change the method of planning, it enhances it – digitalization can help make life easier, help with the climate goals. Digital tools are handy at measuring instead of only planning and planning.

It was concluded that Kiel could generally become a role model for sustainable development goals, inspiring people to act more responsibly and providently in their everyday life – by riding, recycling, saving energy, making sustainable acts fun and easy, giving citizens the possibility to be feel good about themselves when taking shared responsibility on their own.

These are 17 sustainable development goals (SDGs) to transform our world:

Look for more at: https://sustainabledevelopment.un.org

Thanks to Līva Kreislere and Sarah Minkiewicz who helped creating this review.