On 28 September, students of the 14th High School in Gdansk took part in the autumn edition of Game of Gdansk workshop. That day, the workshop consisted of two parts. Firstly, to feel the surroundings and get inspired, the students walked around Stare Przedmieście, the district the game is based on. Later that day they learned how to construct a storyline.

The workshop was concluded on 1 October and will be continued in the next days at a computer studio. There the students will be transferring their stories into the actual game via Twine.

Let us remind you that Game of Gdansk is a gamebook, an interactive narrative developed by gamer’s choices. The game is combined with elements of Minecraft.

This autumn event is a continuation of the spring workshop that was dedicated to primary school students. This time the level of complexity of the plots is respectively higher. The students were encouraged to develop more twists in their stories. And so they did, indeed! What better a twist than a mystery? 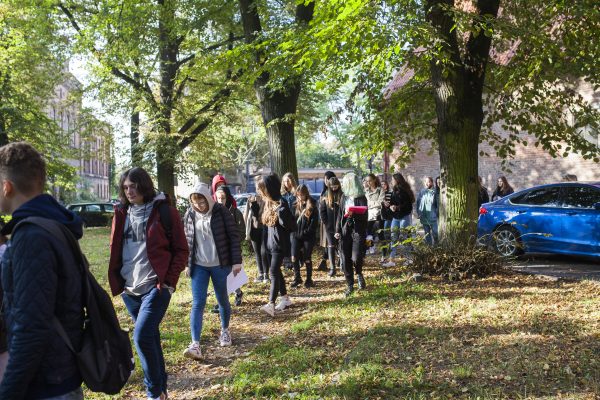 Students developed suspense stories based in the 1980s and 1960s at actual locations of the district and also involved Minecraft main character, Steve. Who knows, maybe these gamebooks will inspire some new films? New detective series? After all, there are over hundred film adaptations of video games. 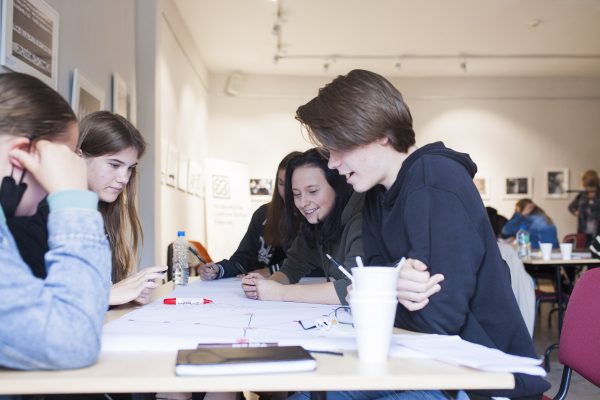 The workshop was led by Karolina Cisło and Cezary Ossowski, experts on gaming in education. The Twine part is led by Tomek Fedak, IT teacher. Our experts were invited to the project by the BSCC team.

Coordinated by Magdalena Zakrzewska-Duda and Katarzyna Szewciów of the Baltic Sea Cultural Centre in Gdansk, Game of Gdansk is the major contribution from the BSCC in Gdansk to the Urb Cultural Planning project. The game has its rich repository for teachers and students in Gdansk to carry out lessons at their schools. Details are available at www.gameofgdansk.eu

We are looking forward to presenting the project online at UrbCulturalPlanning conference in November.